The Reiyukai was founded by the great duo founders Mr. Kakutaro Kubo and Mrs. Kimi kotani in Japan in the year 1920, just after the first world war. The duo founders founded Reiyukai with the belief that the practice of Saddharmapundariksutra in daily life would make the human living and our society better and prosperous and at the same time the laymen could also practice the Teaching of Buddha. The Reiyukai Teaching is the Teaching that protect the ancestors of both sides of families. There is no partiality between male and female in the Reiyukai Teaching.

He founded Reiyukai in the autumn of 1920. He guided that even the laymen could follow the Teaching of Lord Buddha in their daily life by means of Saddharmapundariksutra without being a Buddhist monk. He left us for his heavenly abode on November 18, 1944.

She married to Mr. Yashukichi Kotani, the elder brother of Founder Mr. Kakutaro Kubo on June 27, 1925. She engaged herself in promoting the activities of Reiyukai in collaboration with Mr. Kakutaro Kubo. She dedicated her entire life to the mission of spreading Reiyukai Teaching in accordance to the guidance of Mr. Kakutaro Kubo and actively engaged herself for the welfare of the society. She established Meiho Senior High School in 1964. That very year she constructed the Mirokusan Practice Centre for young members of Reiyukai in the Sizuo prefecture at Izu city. She left us for her heavenly abode on February 9, 1971.

He devoted his whole life implementing great guru Kimi Kotani's guidance as well as guided the innumerable general Bodhisattva's to apply the guidance in order to show the fruitful result.

He had the honour of being designated as the vice-President of Reiyukai Japan on February 9, 1976. He was nominated as the Senior Advisor on November 18, 1993. Finally blooming the great flower of Reiyukai Teaching he returned to his heavenly abode at the age of hundred years on February 24, 2006.

Our Guru Mrs. Sadako Masunaga was born on Our Guru Mrs. Sadako MasunagaFebruary 10, 1909 in the Fukui Prefecture in Japan. She was the better-half of our Guru Mr. Tadashi Masunaga and mother of the Eurasia Reiyukai Founder President Mr. Yushun Masunaga. She devoted her entire life according to the guidance of great gurus by practicing Great Reiyukai Teaching in order to bloom great flower and to show the good result. She was an active shibucho attached to the Reiyukai 8th Branch in Japan. She returned to the heavenly abode at the age of 98 on July 20, 2006. 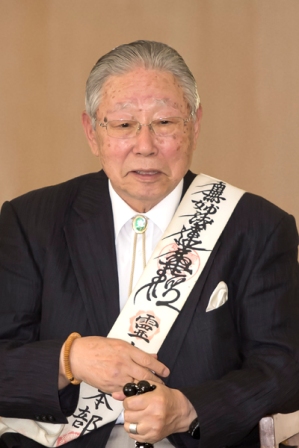 Mr. Yushun Masunaga, our Founder President was born on February 19, 1932 in Japan. He is the eldest son of our duo Gurus Mr. Tadashi Masunaga and Mrs. Sadako Masunaga.

Our Eurasia Reiyukai Founder President Mr. Yushun Masunaga devoted himself according to the norms of Reiyukai Teaching shown to this world by the duo great guru Kubo and Kotani as well as per the guidance of duo Guru Tadasi Masunaga and Sadako Masunaga. He awakened us to think why we were born in this world? He taught us to realize our duty and responsibility by using all his body and soul. At present Eurasia Reiyukai's millions of members have been receiving the opportunity to implement Reiyukai Teaching for the sake of returning gratitude towards one's country, society and guardians. 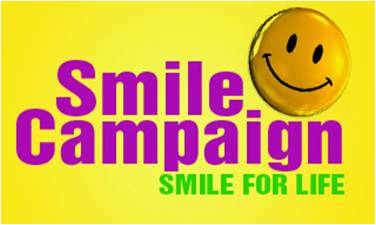 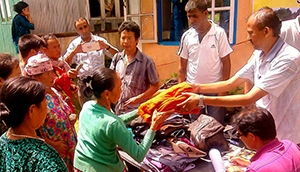 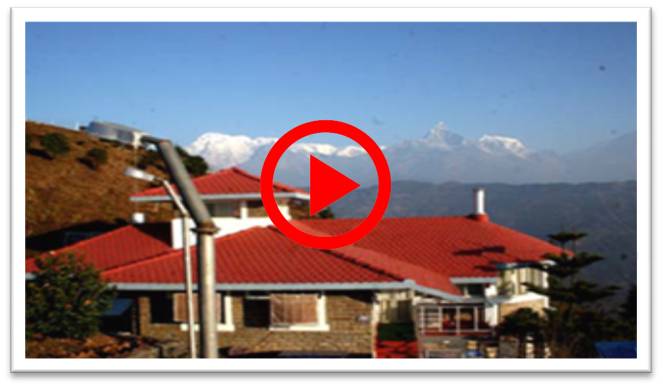